I was waiting for a friend to pick me up in Tripureshwor chowk and the 7.4 (to be confirmed) Richter scale earthquake struck. It was a few minutes before 1. The buildings started shaking. I saw two buildings leaning on each other. It was rolling. The cables and the poles started shaking. Then all of us started running to the center of the chowk. We were worried about the long poles for lighting at Dashrath Rangashala. The chown was now packed with all of us fleeing the buildings that were swaying back and forth. Looking towards Koteshwor chowk, we saw lots of people and vehicles stopped in the middle of the street. We saw people jumping out from the front doors to the middle of the street. We also saw lots of dust in that general direction indicating damage to buildings that were already damaged from the previous earthquake. From the chowk, looking towards Tudikhel, we saw bunch of people and vehicles jam packed. Looking towards Kalanki chowk, we saw people everywhere. We were trying to stand close to the center but not too close because it also had structures that we were worried would fall. I saw traffic police holding each other’s hand, terrified. Some people were sitting on the road because they were scared. Some people were frantically calling saying they are ok. Some people were saying this earthquake is as strong as the previous one. I do not know. I was not here last time. This time I am here. When the shaking stopped, we stayed in the middle of the road for a few minutes. Then, we started hearing a lot of vehicles honking everywhere because they were frantically trying to get to wherever they needed to go. After 30 or so minutes, we started hearing helicopters buzzing above. Army mobilized immediately to clear debris to due falling wall nearby. Signing off about one hour before the initial shock, which started a few minutes before 1PM local time. 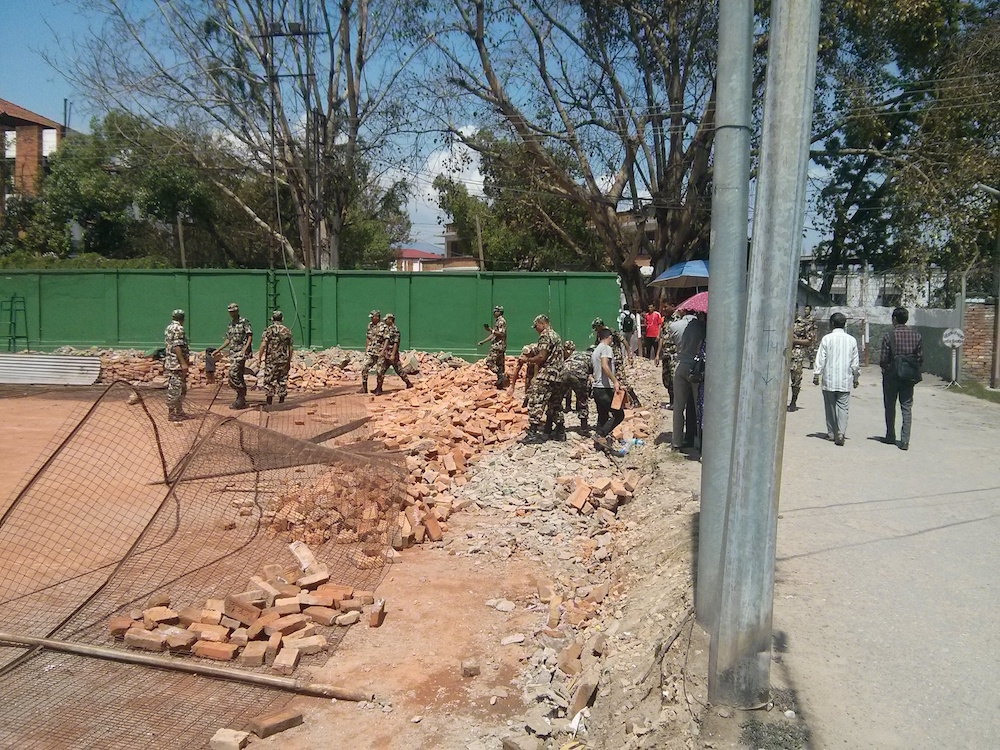 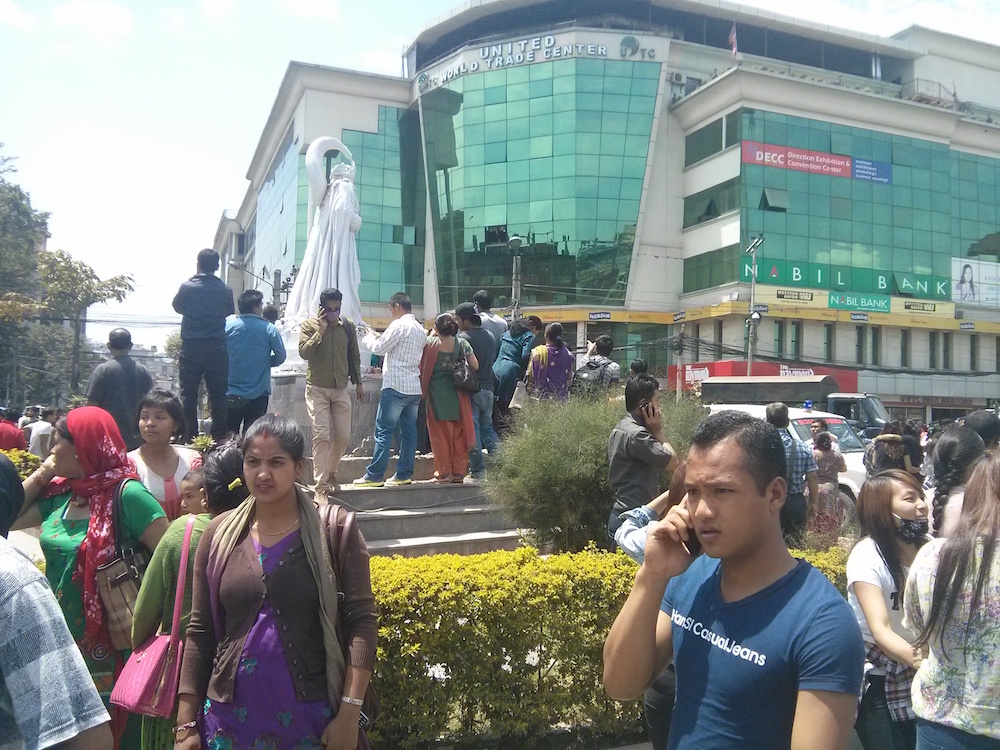 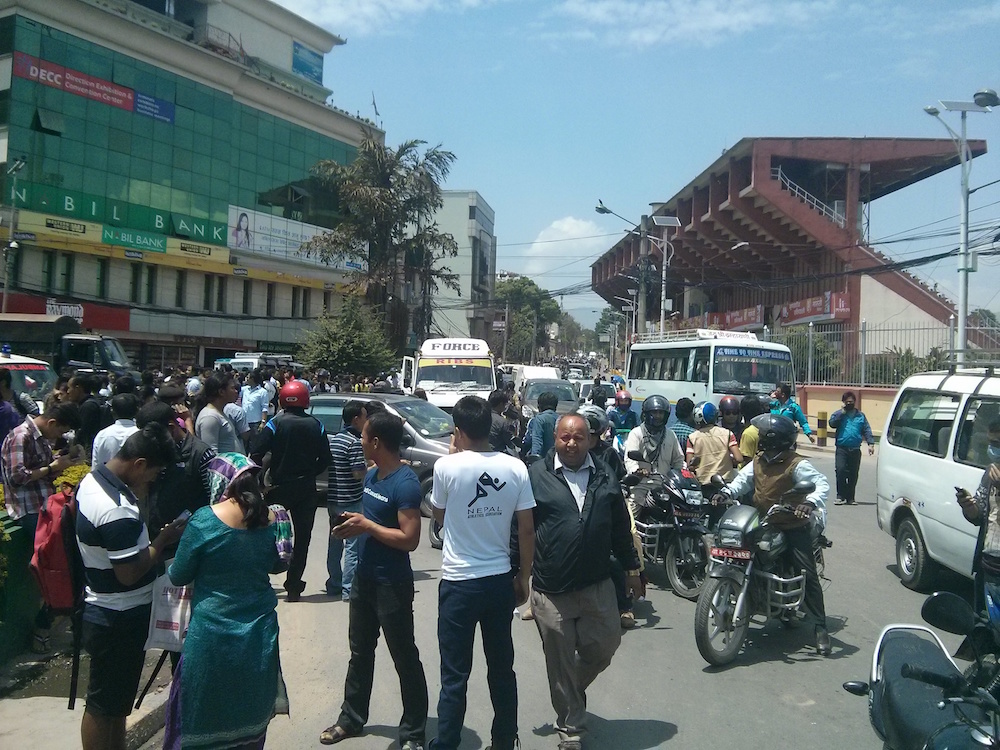 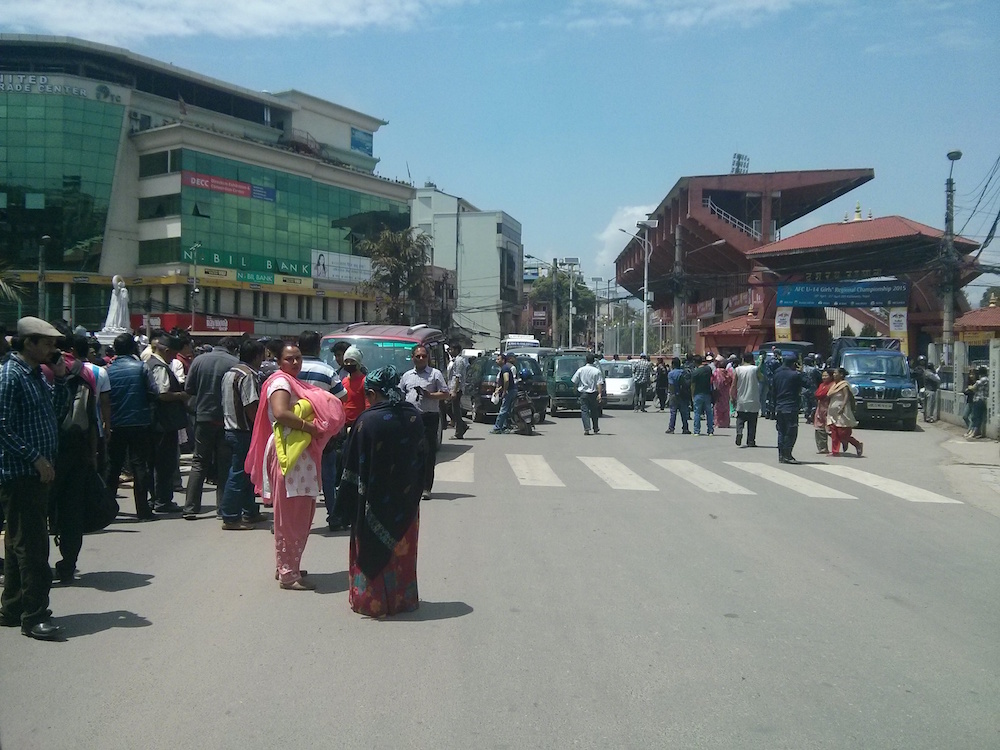 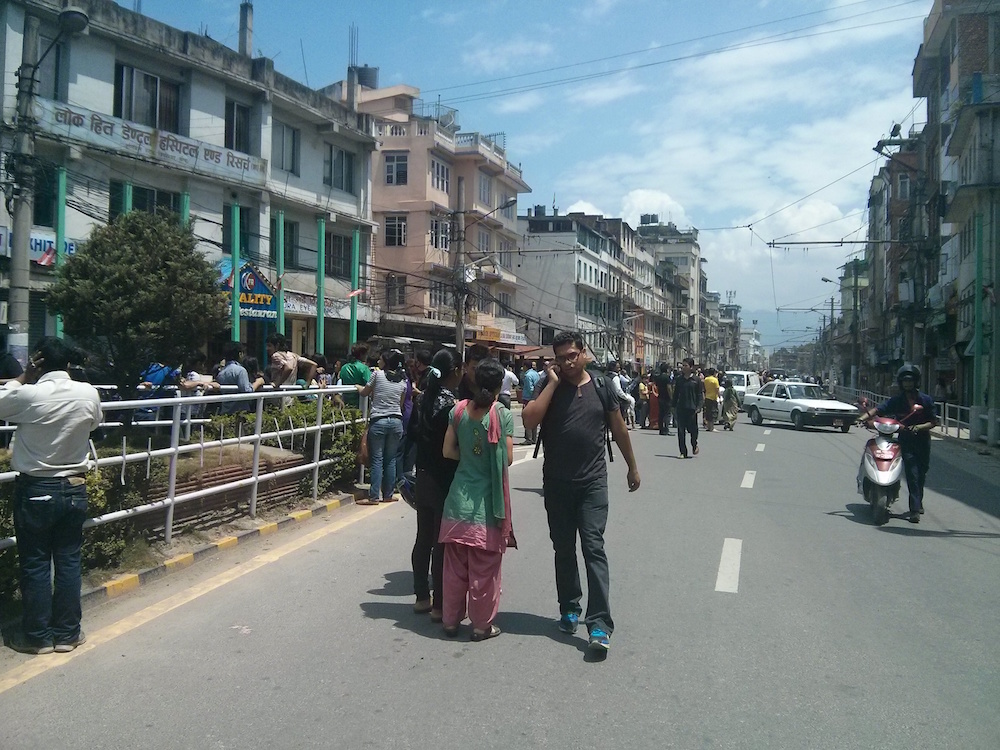 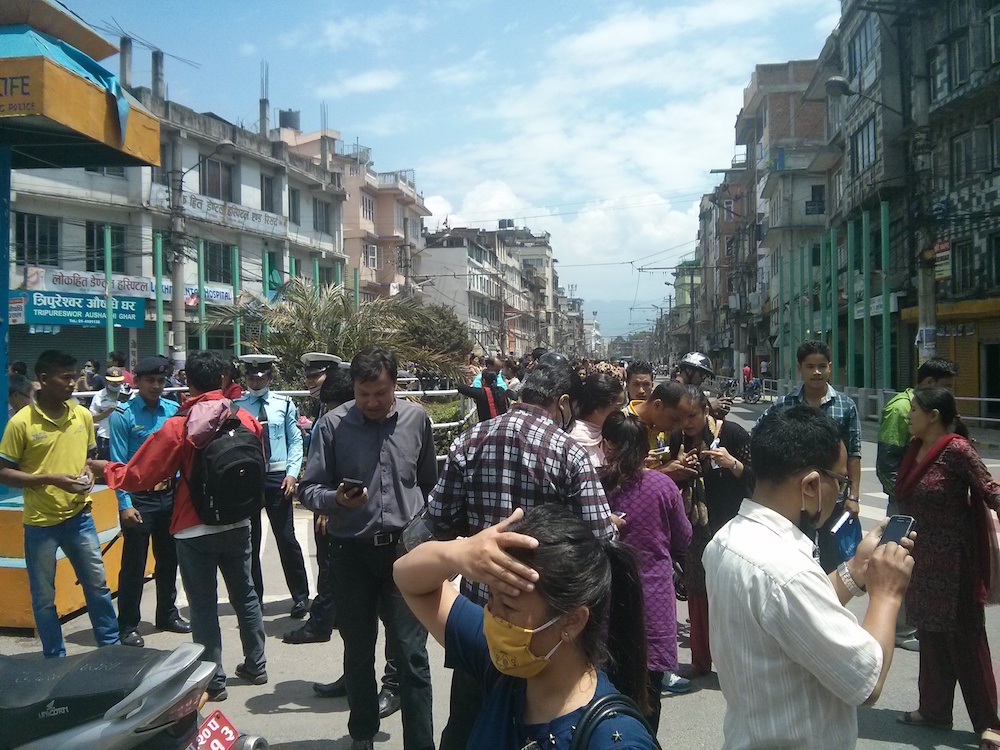 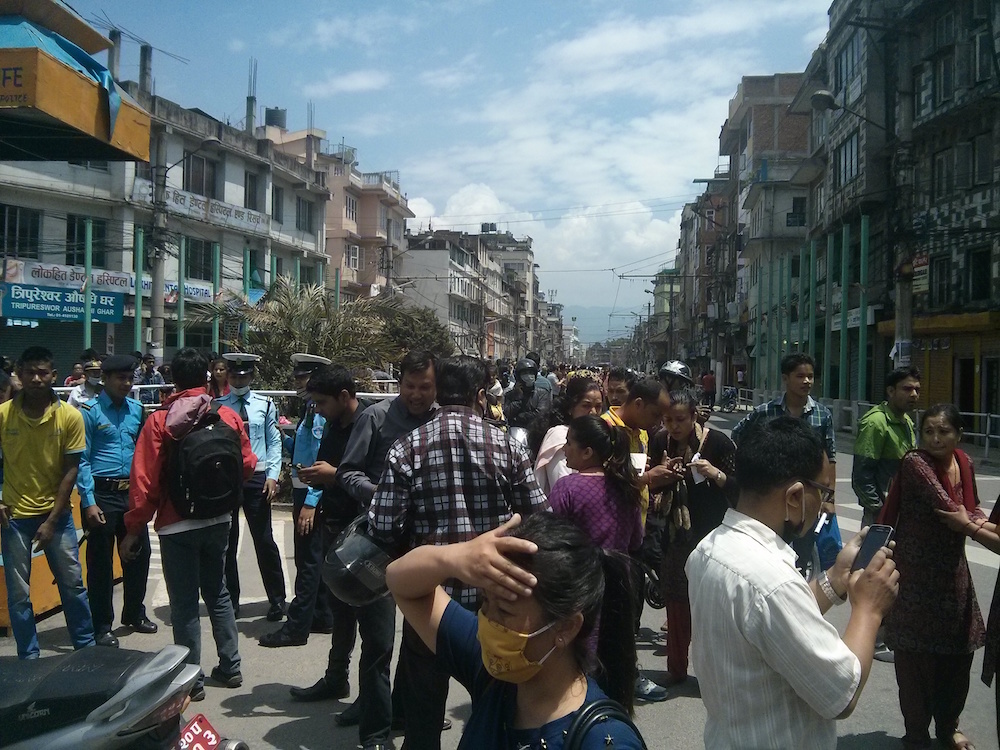 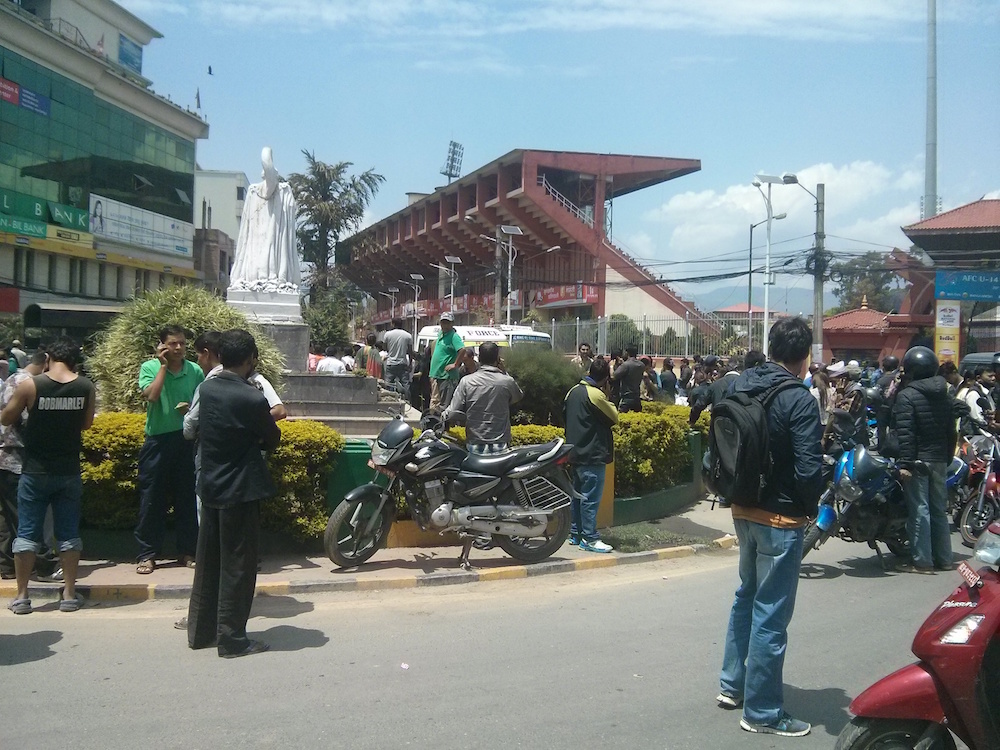 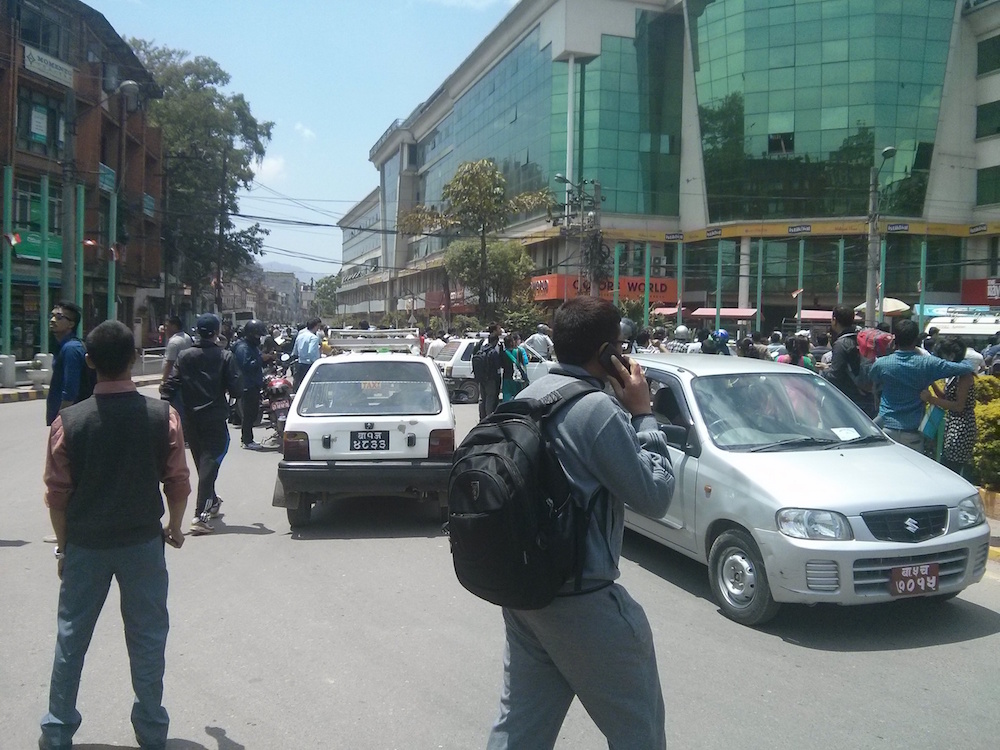