History of Earthquakes in Nepal

Why do earthquakes occur in Nepal?

As the Indian plate slowly glides underneath the Tibetan plate, energy is stored in the plates (just like compressing a spring) because the friction between the two plates will try to resist their movement. The accumulated energy keeps on increasing, until the friction can no longer resist the movement. Then a massive slip between the plates occurs releasing energy in the form of a major earthquake. The longer the period between two major earthquakes, the larger will be the expected magnitude of the earthquake because more energy will have stored in the plates. In Nepal, the typical period between two major earthquakes is about 80-90 years. 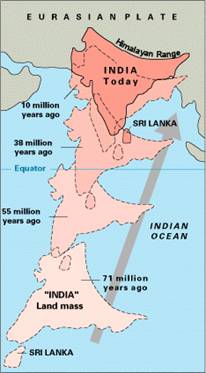 What are aftershocks and how long will they continue to occur? 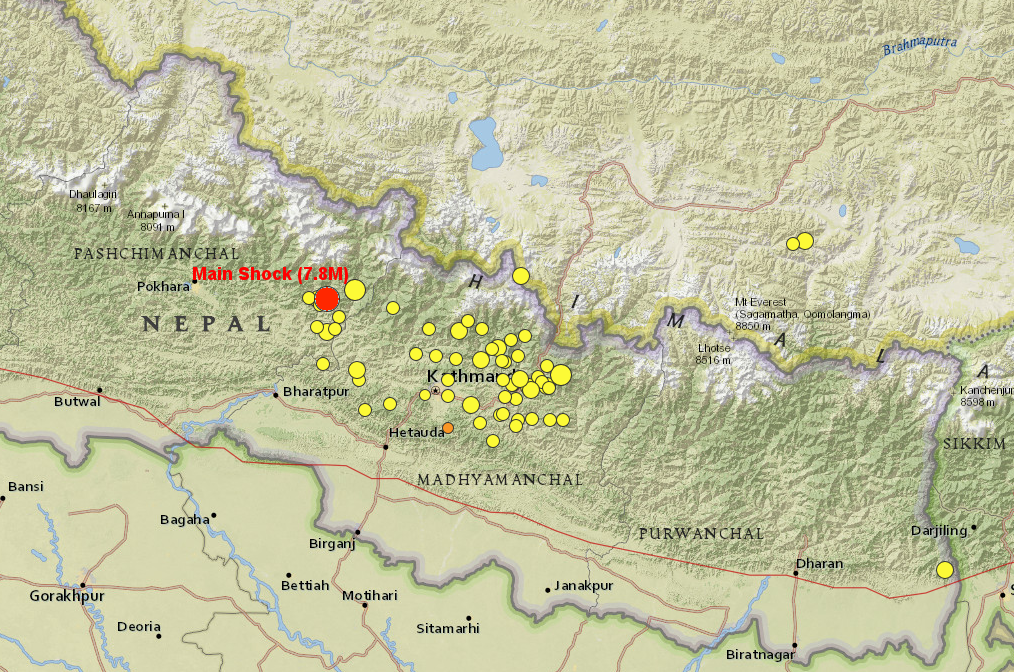 Figure: Yellow dots are aftershocks that were triggered within one week period after the mainshock (red dot) (Source: USGS)

Can earthquakes be predicted?

No. The occurrence,  non-occurrence, time or magnitude of future earthquakes cannot be predicted. However, aftershocks are expected weeks and sometimes even months after the main shock, but they generally become smaller and less frequent.

What is an Epicenter?

In the case of earthquakes, the epicenter is the point on the surface that is directly above the point where the fault begins to rupture, and in most cases, it is the area of greatest damage. However, in larger events, the length of the fault rupture is much longer, and damage can be spread across the rupture zone.

Why were Kathmandu and Sindhupalchowk hit so badly even though they were so far from the epicenter?

The epicenter of the main shock of 2015 Nepal earthquake was 80km away from the Kathmandu valley and more than 100km away from Sindhupalchowk. Despite of the large distances, Kathmandu and Sindhupalchowk were hit badly and this can be attributed to the following reasons: 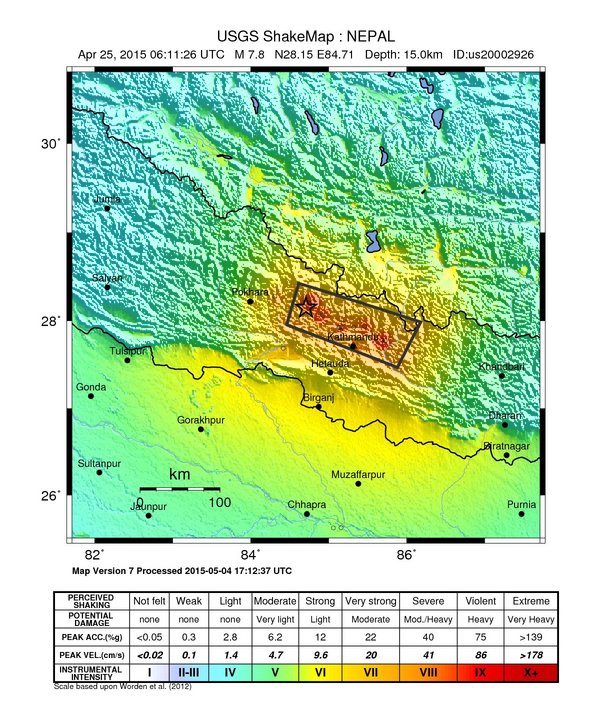 Figure: Shake intensity map. The rectangle shows the approximate location of the block that actually moved during the 2015 Nepal earthquake. (Source: USGS)

If you have more questions regarding earthquakes, you may email us at: faq@nepalquake.org

Position paper on earthquakes in Nepal,  by the American Society of Nepali Engineers is here.