After a dal-bhat-tarkari-achar lunch at the Dhulikhel Hospital health camp in Lamosangu, Sindhupalchok, I got in the vehicle that was headed to Dhulikhel. I hopped off near Dolalghat and took public transport to Chautara. The road to Chautara is clear except for a few places that are one-way. I could see crumbled houses along the

many little towns between Dolalghat and Chautara but nothing of the scale that I had heard of, not yet.

At Chautara bus park, there is nothing out of ordinary. Bunch of buses parked. The conductor (khalasi) shouting “Kathmandu!  Kathmandu!!” and banging on the door repeatedly. People standing at the stores chatting. People standing in the tree shades. Stuff you see during a hot afternoon in many small towns in Nepal. I asked someone on the street where Chautara bazar is. Just down the small foot trail. Once I walked on the downhill foot trail, not only did Chautara come into full view but also the destruction due to the earthquake. The accompanying video gives a feel of the scale of destruction in Chautara main bazar area:

I heard from the locals that the government deployed large tractors and other machinery to clear the houses on the sides of the road that were deemed a public hazard. The house demolition campaign lasted a few days and had completed just the previous day. Although the sides of road is full of debris, it is at least safe for walking. The now cleared road leads up the hill to Tudikhel. There is a huge contingent of foreign relief orgnaizations camped there. There are Nepali
organizations there as well. The Nepal Army team was handing out cooked meals when I arrived at Tudikhel.

Some shops in-between broken, mangled, tilted, crumbling homes were open. People were buying things they needed. One could see a lot of activities on, in, under, and around the dstroyed homes. People were trying to salvage whatever they could. Sometimes furniture and other belongings. Many times stones, bricks, roof sheets they could reuse. When walking through, I could hear bangings, digging, and rest of the construction noise. It felt like the town is eager to go back
to normal. It will not be easy. 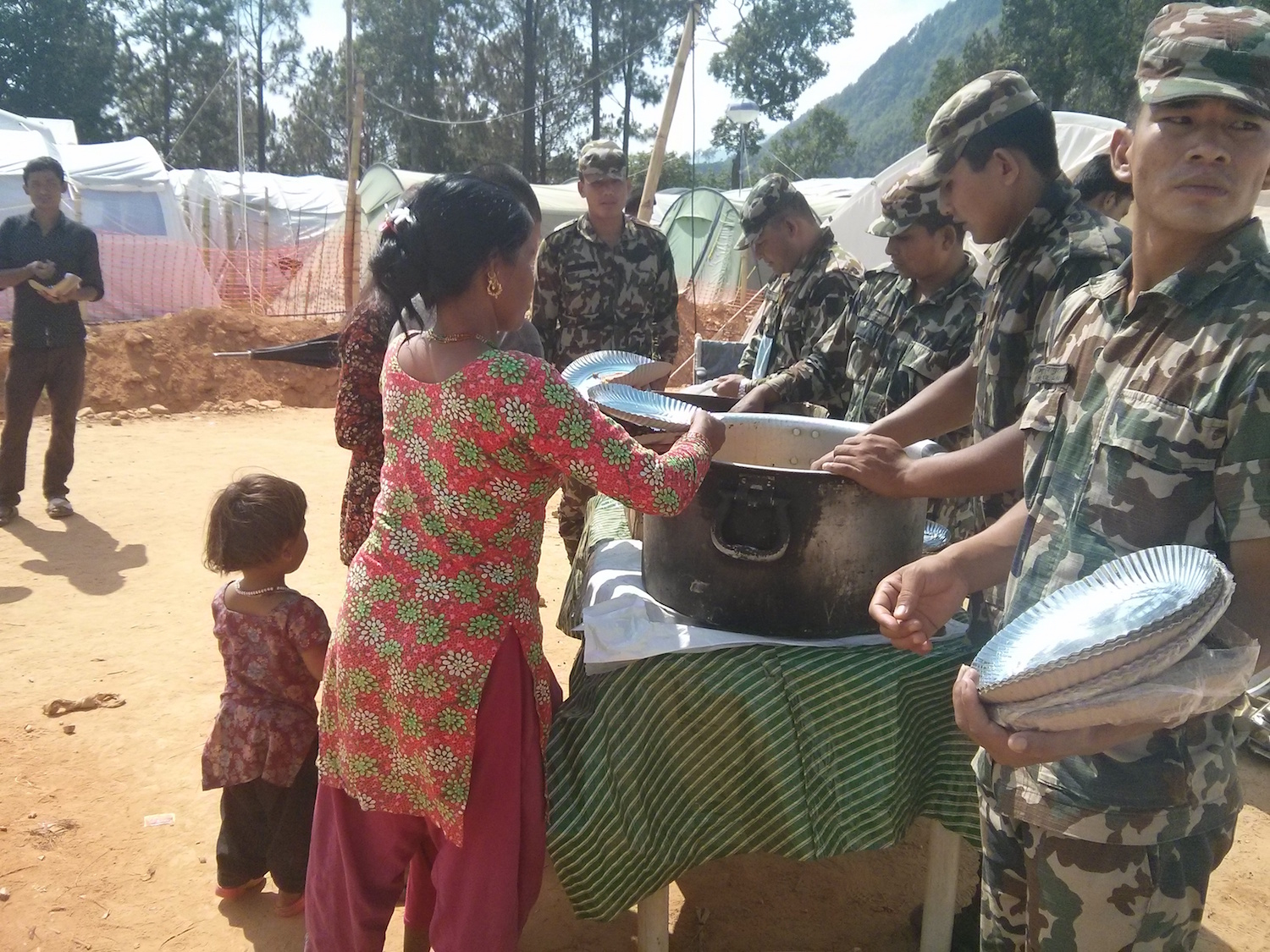 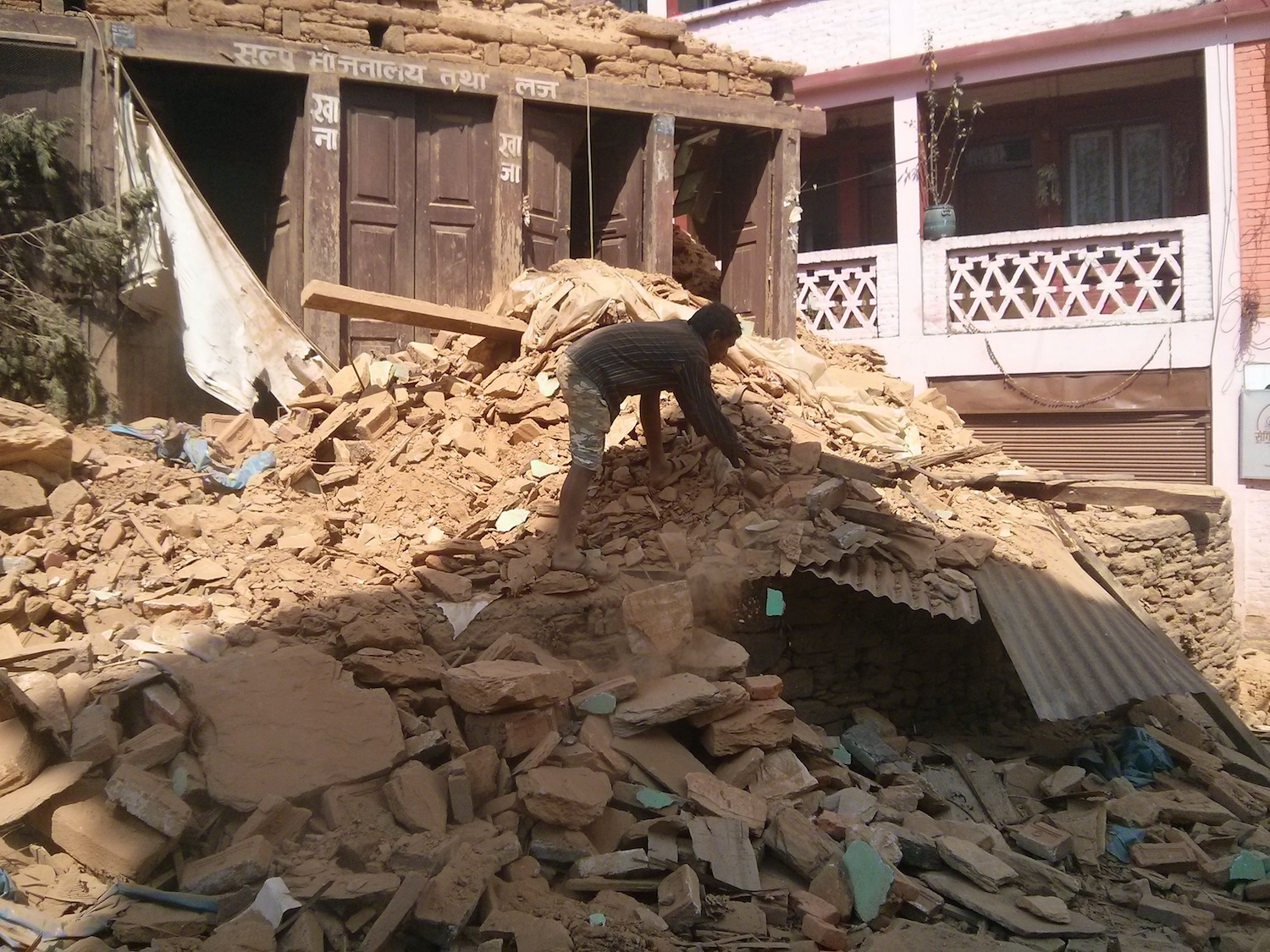 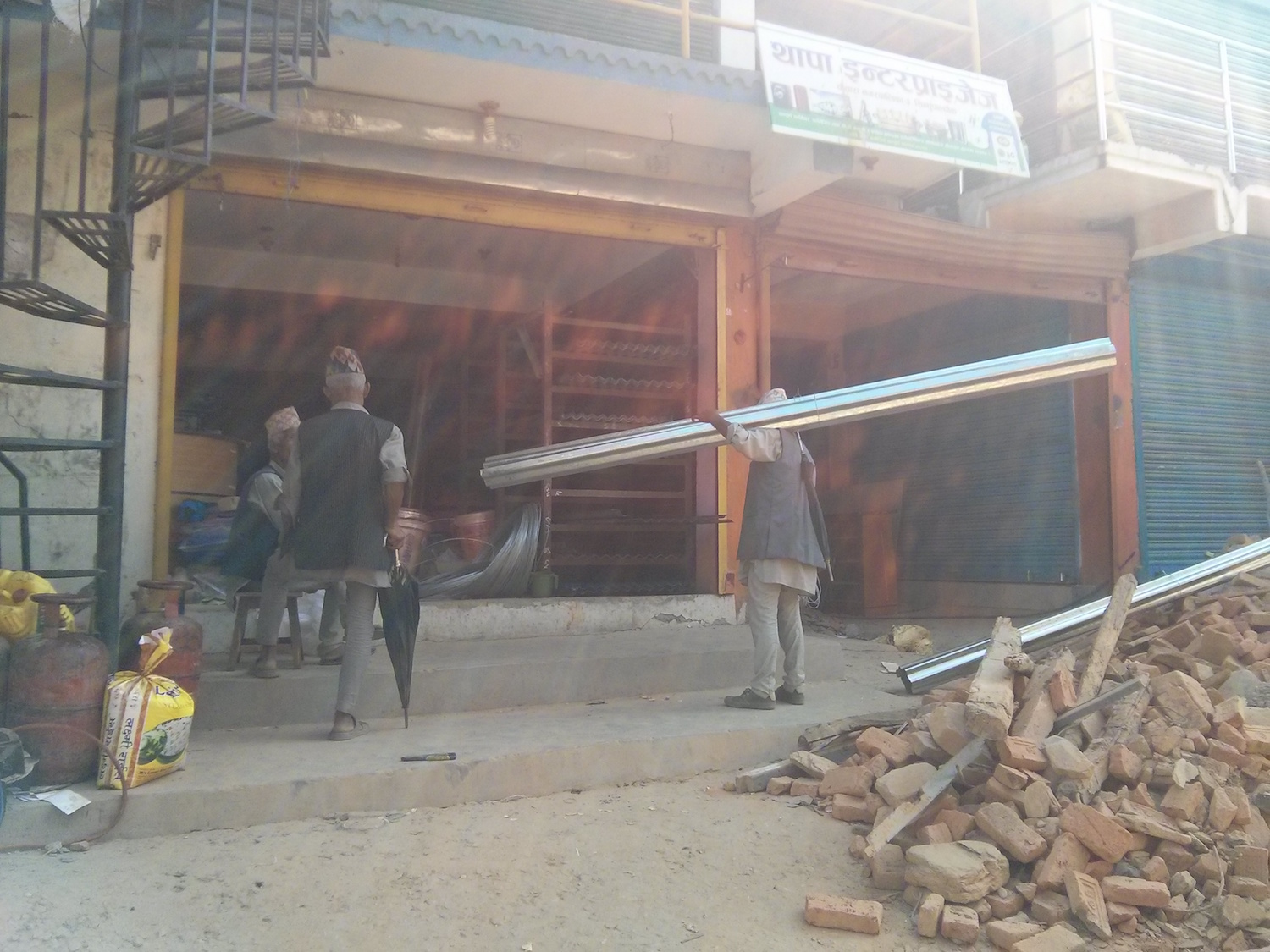